​
The information presented on this website is not intended to harm anyone, nor impose, incite, convert, or encourage division, extremism, racism, anti-Semitism, hate, or violence, but reflect gnosis salvation of humanity and the path of esoteric enlightenment.
Nor is this website designed to disregard the Rule of Law or any institution that belongs to the alleged kingdom of Uranus and Titaea, i. e. the Christian Church, including all European royal families, Law Courts, the aristocracy, fraternal organisations, and the directors and shareholders of all corporations.
Those who disrespect the Rule of Law and are racist, antisemitic, and use violence, harm, force, or illegal means to make a political statement or corporate change are not associated with Kopsidas or this website.
Kopsidas CONDEMNS ALL FORMS of racism, anti-Semitism, hate, evil, terrorism, and violence.
Kopsidas respects all the religions and people of the world.
May all the people of the earth live in peace, love, and harmony.
Peace and Love to All the People of the Earth.​​​
------------------------------ 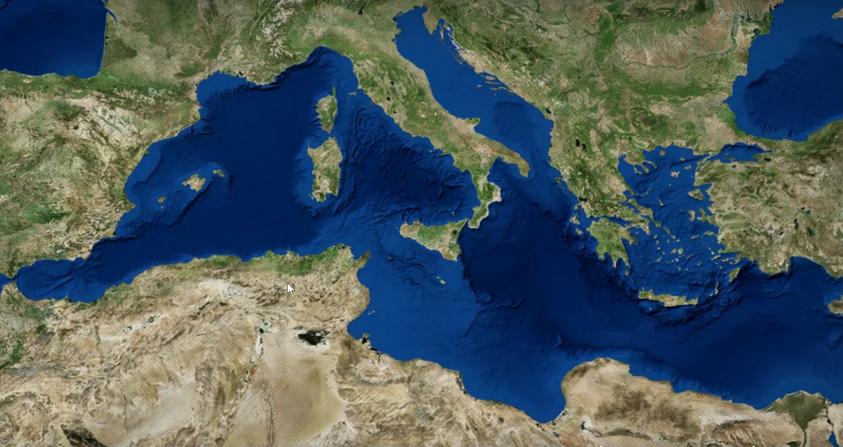 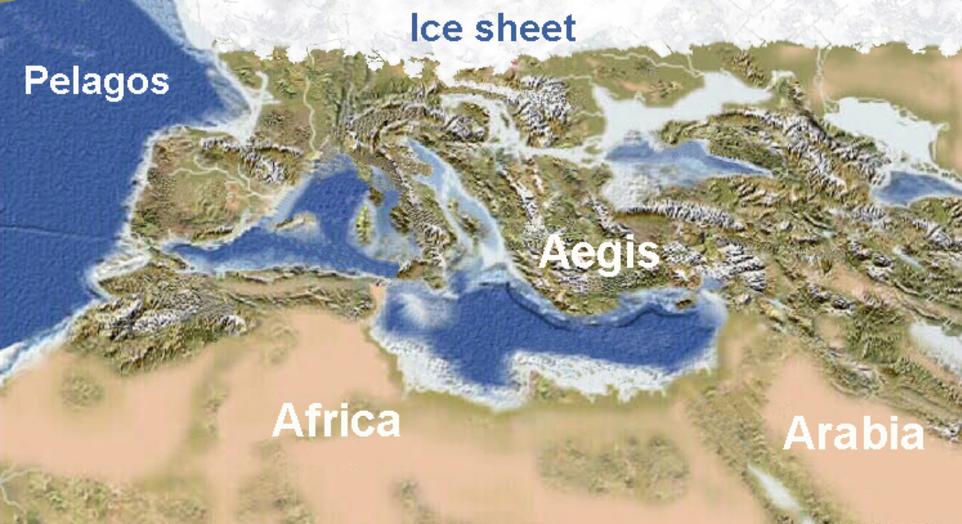 Aegialia after the flood 11,700 years ago

Apis was associated with the Egyptian god Ptah.

The capital city of Pelasgia is where the city of Athens is today.  The entire territory of Greece/Hellas was initially called "Aegialia/Pelasgia".  The goddess Athena was known by the epithet Ageleia which is another way of saying Aegis.  In Sais Egypt, Athena Aegelia was known as Aegis Neith.

Pelasgian means Πελασγός (Pelasgós) in the ancient Aegialian Pelasgian language. The Greek language stems from the ancient Aegialian language. The word Aegean Latin aegaeus (from Ancient Greek Αἰγαῖος (Aigaîos, "Aegean")) + English -an. The name is connected to αἶγες (aîges/Aegis), "waves," "salt" and "sun"). Of or relating to the Aegean Sea or the regions bordering it.

Pelagus is Latin for πέλαγος (pélagos) and means the sea, i.e., the Aegean sea and the people are autochthon Aegialian Pelasgians.

Aegialia is also a genus of aphodiine dung beetles in the family Scarabaeidae, Aegialia arenaria, the dune scarab beetle.

We are autochthon Aegialian Pelasgians.

Aegis ran from the west of what is now called the Ionian Islands, which were not islands at that time. It was connected to Asia Minor, Crete, Cyprus, and Syria. What was not covered by ice was known as Aegis or Aegialia.

The people and country of Aegis/Aegialia took the name of the god Aegis.

Aegialia or Aegis had a mild climate, abundant water, with broad and fertile plains.

The Aegialians lived in favorable conditions, and it was the cradle of civilization until a cataclysm destroyed most of this ancient culture 11,700 years ago. However, some noble Aegialian mountaineers survived the cataclysms from 11,700 onwards. They had passed on the names of our descendants to us.

We, the autochthon Aegialian, Pelasgians, founded Sais (Aegis Neith) and Heliopolis (Atum) in ancient Egypt. We preserved our history and culture by a written record in the temples of those cities.  The Ethiopians emigrated to Egypt and became the Egyptian people.

Heliopolis in Egypt was founded by an Aegialian Pelasgian named Actis, who was one of the sons of Helius, known as the Heliadae. Helius was autochthon and not the son of Hyperion and Theia. The word Helios/Helius is derived from ᾰ̔́λς from the Noun ᾱ̔́λῐος • (hā́lios) m (genitive ᾱ̔λίοιο); second declension, the Doric form of ἥλιος (hḗlios, "sun"). The word ἥλιος is pre-Hellenic, i.e., Aegialian Pelasgian.

The word Egypt (Egy-pt) comes from Aegis (Egy+pt). The word 'pt' is used to form the word Egy+pt and represents Ptah, i.e., Aegis/Ptah.  Ptah is another way of saying Aegis.

In the Heliopolitan creation myth, Atum was considered to be the first god, having created himself, sitting on a mound (benben/kop) (or identified with the mound itself), from the primordial waters (Nu).  Atum was linked specifically with the evening sun, and closely linked to Khepri.

Nefertum was an aspect of Atum and later became the son of the creator god Ptah.  Nefertum was the god of the lotus blossom (sidas) who emerged from the primeval waters at the beginning of time.

Nerfertum and Atum is the Egyptian word for Kopsidas, which can be found in words, for example, head (kop), mound (kop), hill (kop), and lotus/water-lily (sidas). Nefertem is usually depicted as a beautiful young man having blue water-lily flowers (sidas) around his head (kop). Nefertum was born from a blue lotus (sidas) bud that emerged from the primeval mound (kop), which first rose above Nun's waters at the beginning of creation. Nun or Nu is another way of saying Aegis. The blue lotus represents the soul.

Nun of Nu is the Aegialian word 'νου.'  "νου" (Nu) is the genitive, accusative and vocative singular form of νους (nous) and means "mind, reason, understanding."

In the 12th Hour of the Book of Gates, Nu (Nun) is depicted with upraised arms holding a solar bark (or barque, a boat). The boat is occupied by eight deities with the scarab deity Khepri (an Aegialian) standing in the middle surrounded by the seven other deities.

The Egyptian God Khepri represents Kopsidas, i.e., the Aegialians. Khepri is often represented as a scarab holding the morning sun aloft or a scarab-headed (Aegialian-kop) man (an Aegialian). In one hand, the sun god holds a was scepter, and in the other, an ankh. His Symbols are the scarab (Aegialia Arenaria), and the blue lotus (Sidas). Khepri was an Aegialian who belonged to the line of Kop Sidas.

Atum represents the mound and also represented by the image of the primeval hill, i.e., kop. In his aspect as a solar deity, Atum was also depicted as a scarab and the giant scarab (Aegialian) statue which now stands by the sacred lake at Karnak was dedicated to Atum. The head (kop) of Atum and Kephri represents the Aegialians, and the lotus flower is the sidas. Kephri and Atum were Aegilains. The Kop Sida (Kopsidas) are the Aegialians.

Our forefathers also passed down the events and history of the Aegialian Pelasgians by oral tradition.

In parts of Aegialia we were later known as Celts.